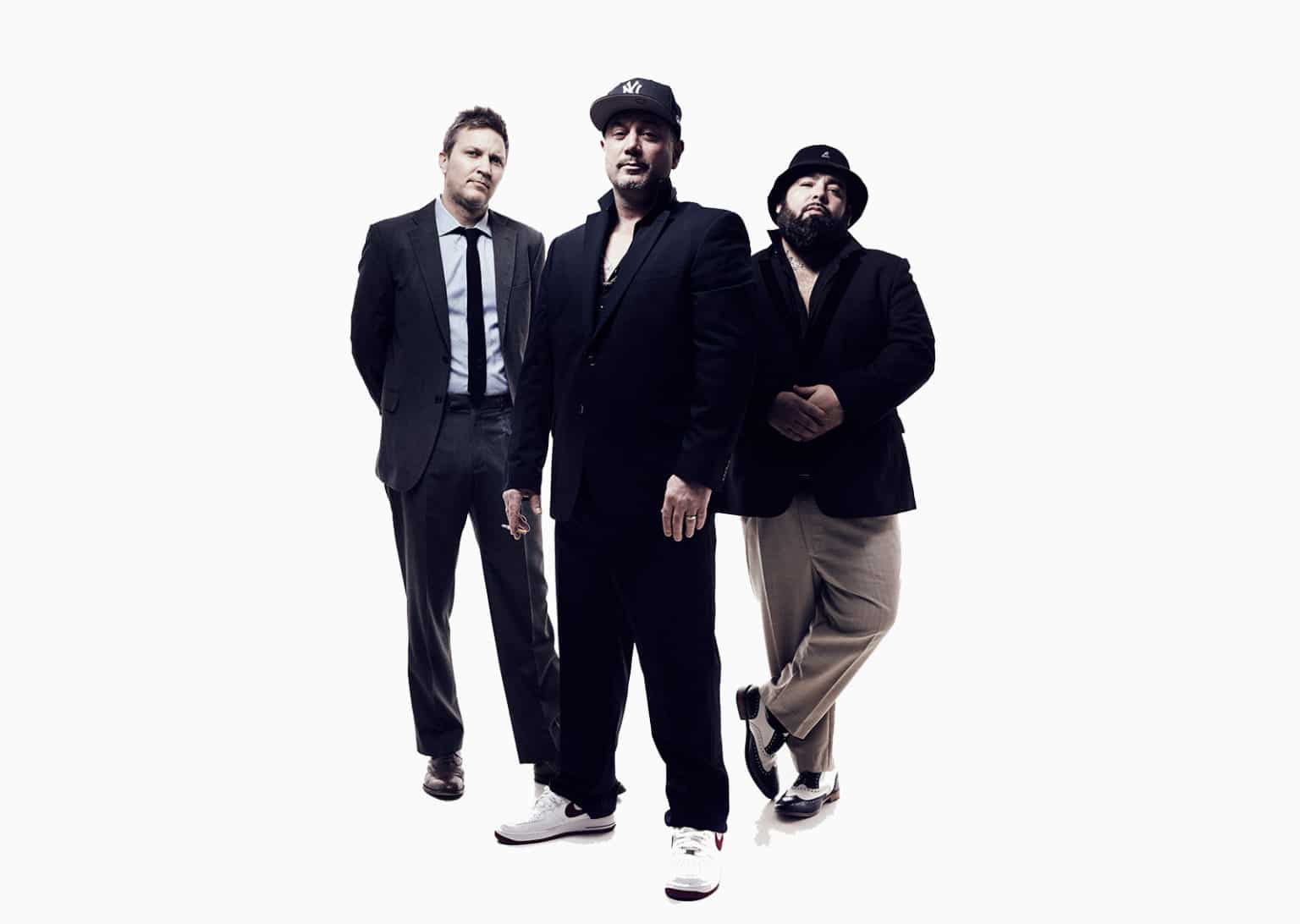 The planet’s best-loved “cousins from New York” who, through the mid-late 90s, chronicled life in their native city while bending the global ear to the sonic possibilities of exuberant hip-hop gangster-rock merged with lounge music, funk, mariachi trumpets and ‘Bass-o-matic’ Barry White.  They’ve continued to record and release material and their reputation as a live band-spectacular grew and grew, and still resonates today.

“Well, we’re still guys from New York,” grins the incorrigible Huey. “We keep in the forefront of our minds that any day above ground is a good day. That’s No.1. No.2, you’ve got the love of your friends and family. No.3, you have to laugh a little during the day. No one’s planting a flag here, no-one’s curing cancer but you have a hard week, you get home, whatever your poison is, have a glass of wine, smoke your spliff and go, ‘phew, I’m glad that’s over’ – that’s what we’re here for.”