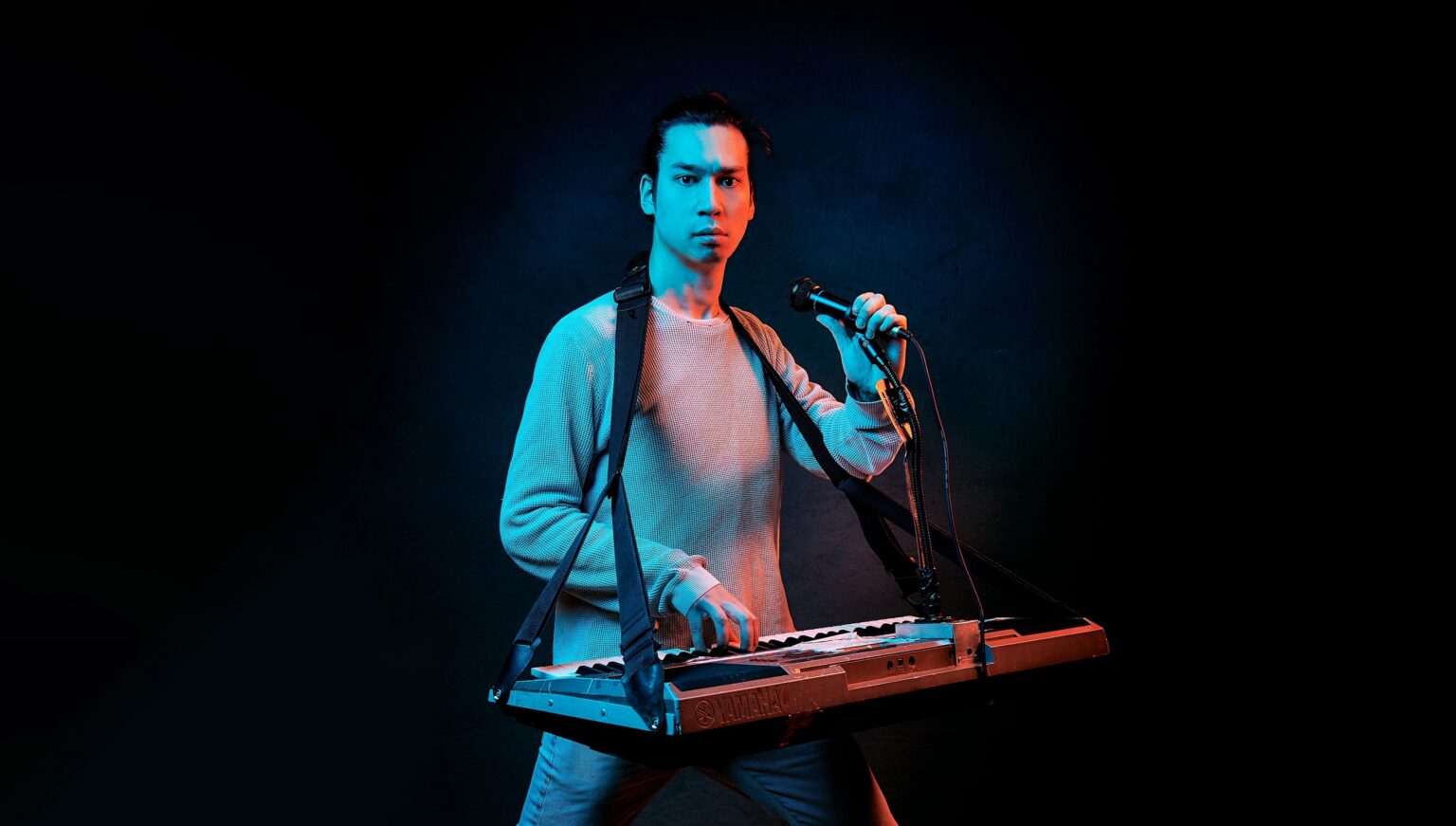 Combining his confident on stage presence, dark humour, surreal material and one-of-a-kind customised keyboard, Huge has quickly risen to become one the most exciting, unique acts in the UK.

He recently created, wrote and starred in The Artists, a sitcom-meets-hidden-camera show for Channel 4.

TV appearances include 8 Out Of 10 Cats Does Countdown and Harry Hill’s Clubnite (Channel 4), Jonathan Ross’ Comedy Club and Out There (ITV), Hypothetical and Comedians Against Living Miserably (Dave), The Now Show (BBC Radio 4), The Stand Up Sketch Show and The Emily Atack Show (ITV2), Guessable, Comedy Central At The Comedy Store, The Comedy Central Chart Show and being the first ever musical battle on Roast Battle UK (Comedy Central).

His acting credits include Lazy Susan’s Comedy Short and The First Team (BBC Two), and he stars as Joe in Tech Tech Boom (BBC Sounds), a scripted spoof tech podcast.

Over lockdown, he performed as part of Comedy Central’s Comedians In Quarantine, and he also wrote and composed the song Luigi’s Lament for the popular Youtube channel Mashed which has amassed 8 million views and counting…

In August 2018 he composed the music for and performed in Norris & Parker: Burn The Witch at The Pleasance, which was a critical success. In August 2019, his debut solo show The Carpark was a smash hit at the Edinburgh Festival and resulted in a Best Newcomer Nomination. In January 2020 he performed a sell-out run of The Carpark at the Soho Theatre in London.